김현정 Kim, Hyeon Jeong (Ph.D. student)
Hyeon Jeong obtained her MA degree from CBNU. Before that, she graduated from Hankuk University of Foreign Studies with a BA in political science and diplomacy. She is interested in political psychology, intergroup relations and gender issues. Her research focuses on the impact of system justification theory on social and societal perceptions. She is also interested in the perception of outgroup members, developing a new methodology to study social distance. Finally, she plans to run experiments on sexual objectification. In her free time she likes cooking, traveling and watching her favorite baseball team – the Lotte Giants.
박영옥 Park, Yeong-Ock (Ph.D. student)
Yeong-Ock's research focuses on person perception and moral reasoning, and she is also interested in social cognition, decision-making, and attribution. She got her Bachelor's and Master's degrees in Psychology from the same school.

김문걸 Jin, Wen Jie (Ph.D. student)
Jin Wen Jie received his Bachelor's degree in psychology from Jilin Normal University in China in 2014, and obtained Master's degree from Chungbuk National University. He is broadly interested in intergroup relations, mind perception, and social status. His current research examines 1) whether intergroup relationship can be promoted, through reducing dehumanization, and 2) how voice tone influences mind perception such as perceived agency and humanness. If you want to contact him, send an e-mail to him. e-mail: wenjie34 at hotmail.com 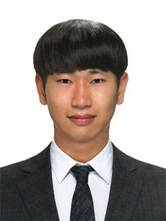 하창현 Ha, Chang Hyun (Ph.D. student)
Chang Hyun is interested in skin tone bias in Asians, especially Koreans, and decision making in self-observer contexts. The reason that he got interested in social psychology is the book, ‘Influence: The psychology of persuasion (설득의 심리학)’ written by Robert Cialdini. Ever since he read the book, he has been an avid student of social psychology. You can contact Chang Hyun at rudtn128 at gmail.com 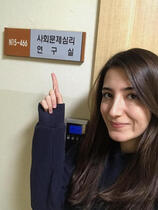 오즈게 아라랏 Ayşe Özge Ararat (M.A. student)
Özge received her bachelor’s degree in psychology from Middle East Technical University, Turkey. Since her bachelor’s days, she has been interested in social psychology topics such as intergroup bias and stereotyping. Before enrolling at Chungbuk National University, she had a chance to contribute to several research projects about social exclusion and gender issues among college students. Recently she has started studying intergroup relations and perceptions regarding criminal behaviors. 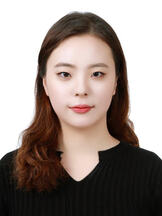 이성지 Lee, Sungji (M.A. student)
Sungji received her Bachelor’s degree in psychology from Chungbuk National University. She worked as an undergraduate research assistant for several years at CBNU social psychology lab; upon this opportunity, she has deepened her academic curiosity on social psychology. Her broad interests are inter-group dynamics, social norms, and diversity. She is especially interested in examining how people react/treat deviant group members, and the role of the group variance. 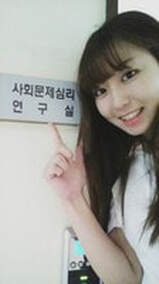 김다솜 Kim, Dasom (M.A., 2016)
Dasom has interests in intergroup and gender issues.  In her research, Dasom tested novel strategies to reduce intergroup bias and examined the causes and consequences of sexual objectification.  Her thesis focused on developing and validating a scale for measuring state-self objectification. 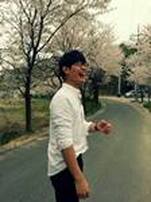 이향수 Lee, Hyangsu (M.A., 2016)
Hyangsu investigated how people differently perceive moral behaviors of corporate entities, as a function of how the entities are described.  He also looked at cognitive processes involved in implicit associations.  For his thesis, he developed a scale measuring group entitativity and examined its factor structure.

정찬영 Jung, Chan Young (M.A., 2020)
Chan Young is interested in gender stereotype and power, and is currently studying perceived femininity and masculinity in the context of power system. Following that, the problem she wants to solve these days is “Why differences make a difference?” These days, counter-stereotype is also interesting to her, so she is studying “how people see agentic victims” too.
Chan Young majored in Korean literature in college and so she enjoys writing about anything around her life, of course including psychology-related topics.  And she also likes watching movies and listening to podcasts.

안광훈 An, Gwang Hun (M.A., 2020)
Gwang Hun is interested in intergroup bias. Specifically, he has been looking into the relationship between awe and rehumanization. Also, he is searching for another research topic. And he has plans to run his own business (possibly something related to education) based on the psychological knowledge that he has learned. 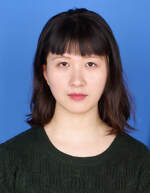 여언여 Lyu, Yanru (M.A., 2021)
Yanru is interested in mind perception, anthropomorphism and morality, and she currently studies the influence of emotion on anthropomorphism and mind perception of robots in the context of gender. She is also concerned about the constraints of morality on human behavior and the relationship between individual moral judgment and group conflict. Besides, she is very concerned about the problem of poverty in the world today. Specifically, the impact of poverty on people's conception of social class and moral judgment. Recently, she set out to explore the relationship between psychological behavior and brain neuroscience. 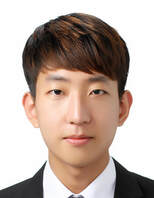 허성진 Heo, Seongjin (M.A., 2022)
Seongjin is interested in research topics that have real life implications. Particularly, his interests include such questions as how different social environments influence a person`s judgements or behavior, and what would be the ways that can reduce prejudice and hate speech against minority groups.
Alt, Nicholas (Exchange student, NSF East Asia and Pacific Summer Institutes for U.S. Graduate Students program, 2014)